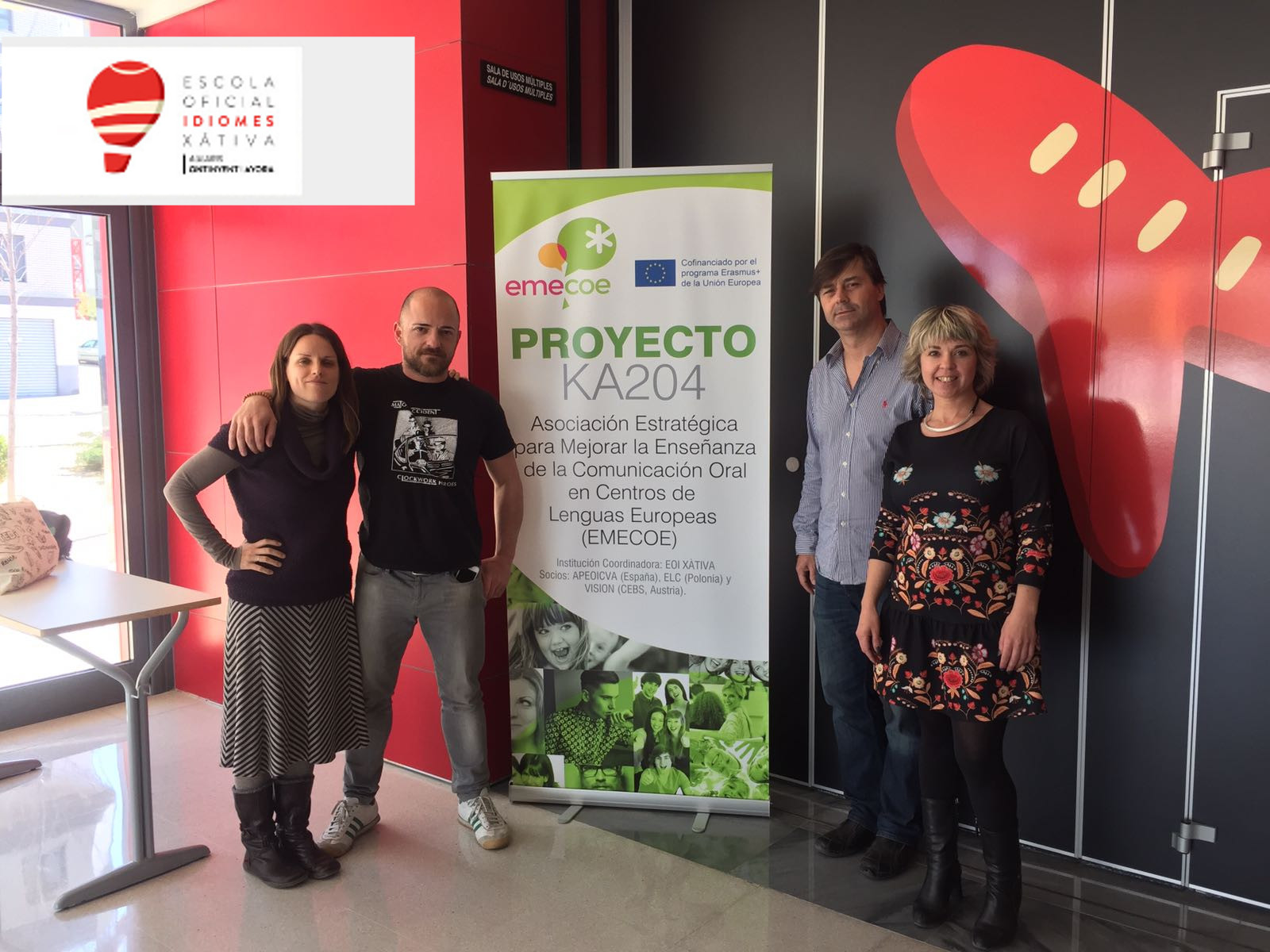 The Official Language School in Xàtiva has its main centre in Xàtiva and has a population of about 30.000 inhabitants. It is also the capital city of the region La Costera(Valencia). In addition, it has two classroom buildings in the province of Valencia.

The Official Language School is a state school where modern languages are taught. Nowadays, the different levels for the learning of the English language within the Common European Framework of Reference for Languages( CEFRL) are offered at the main centre, according to regulations stipulated in specialized language teaching– Decree 155/2007 (DOCV 24.09.2007), Decree 119/2008 (DOCV 17.09.2008), Decree 138/2014 (DOCV 01.09.2014). As to French, the levels taught are A1, A2,B1, B2. As to German, the levels offered are A1,A2,B1 and the 1st year of level B2. Finally, as to Valencian language, C1 and C2 are the levels taught.

With regard to the classroom buildings, it should be noted that in Ontinyent A1, A2, B1 and B2 are the levels offered in English and A1, A2 and B1 are the ones taught in French and German. In Ayora a 60-hour introductory course to English is offered as well as two groups B1 in English.

The official courses are comprised of 120hrs, from September to late May,and in May-June 1st year students sit their final exams, whereas the students enrolled in the 2nd year sit an official exam previously unified throughout the Valencian Community ,which once has been completed successfully, accredits students with the certificate of that level. The total number of students in Xàtiva, Ontinyent and Ayora is over 2500.

The class schedule offered to the students is from 9 a.m. to 9.p.m., at 2-hour intervals, 2 days per week. However, students can attend weekly 4 hour courses called “compact groups”. On the other hand, our Intensive courses are highly appreciated as well in which students are given the opportunity to successfully complete a level ( 2 years in A2, B1 and B2) in an academic year by attending 8 hours a week.

The APEOICVA, professional association and non-governmental organization, is part of the National Federation of Associations for EOI Teachers and in 2016 there were as many as 145 members from Language Schools all around our Autonomous Community, all of them with the same desire to teach students who feel the same desire to learn foreign languages to enable mobility around Europe and to increase their job opportunities. Added to the objective of improving day to day conditions for its members, together with the education administration, the APEOICVA organizes language teacher training courses and conferences, as cooperating entity of the Valencian Community’s Board of Education. It also participates in European Projects linked to Language Teaching such as the project at hand, Asociación Estratégica para Mejorar la Enseñanza de la Comunicación Oral en Centros de Lenguas Europeos (EMECOE) which has 3 other European associates. 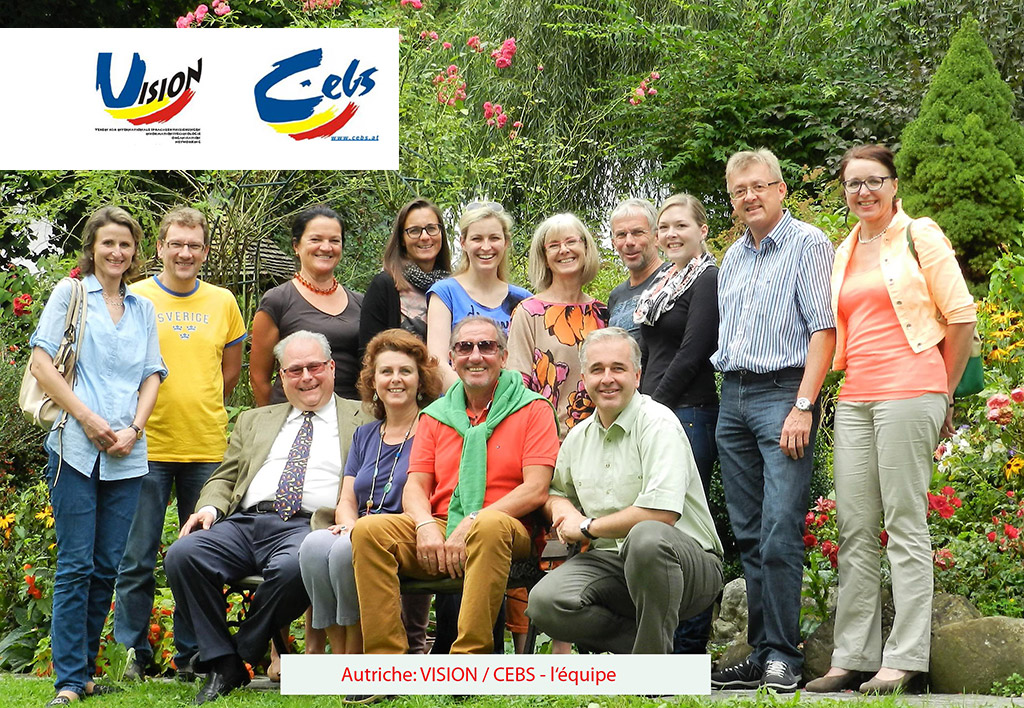 Founded in 2003, VISION is the association that supports the CEBS, attached to the Austrian Ministry of Education, in its activities. VISION is an association of professors to promote international language diplomas and the training of teachers in the field of teaching and vocational training (EPF), the use of ICT and in international relations. VISION with CEBS is a laboratory of ideas for teachers and for the evolution of their careers, the evaluation of their competences and the implementation of their education programs in the EU and the COE. It is also an evaluation center for international diplomas such as the BEC exams, the diplomas of the CCIP, DELE and CLIDA. In partnership with different institutions across Europe, VISION and CEBS work to improve teacher training in Austria and abroad. 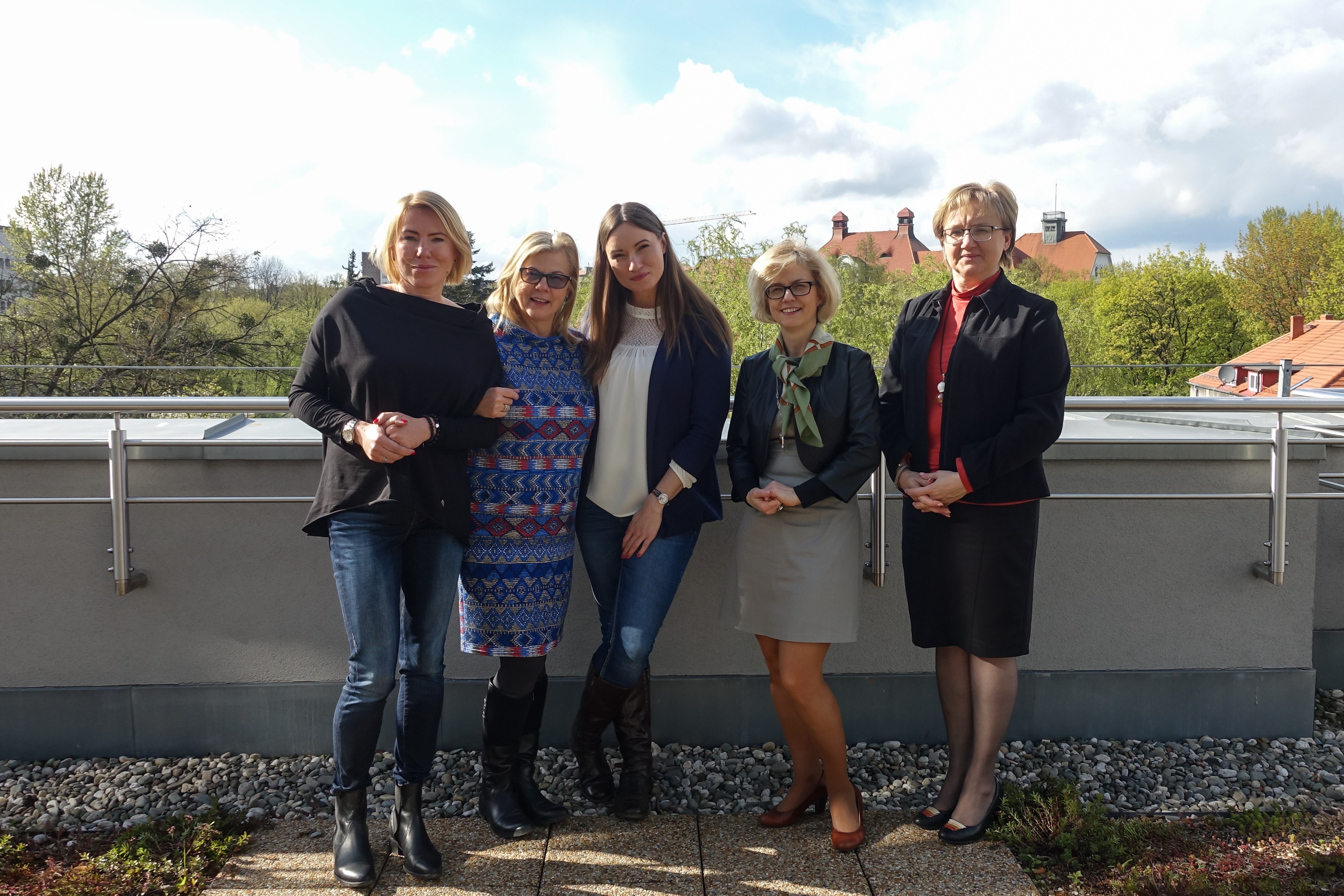 The Polish Association “Europe of Languages and Cultures” is a non-governmental organization created in 2010. Its aim is to promote and reinforce the teaching of foreign languages in an effective and innovative way: the Association is carrying out a wide variety of educational and cultural projects both in Poland and Spain, and is helping teachers from all educational levels to be in contact with their foreign partners, especially with the French- speaking ones.Their leading project: French lessons in Silesia with a travelling language assistant WBI.

The association is partnering with various institutions, including a great deal of city councils, and schools in the Silesia region, Wallonia-Brussels, the French Embassy and the French Institute in Poland, CIEP, TV5MONDE, universities and cultural centres… Since 2013, the association has also been an accredited exam centre DELF/DALF and has offered continuous training programs to French teachers.